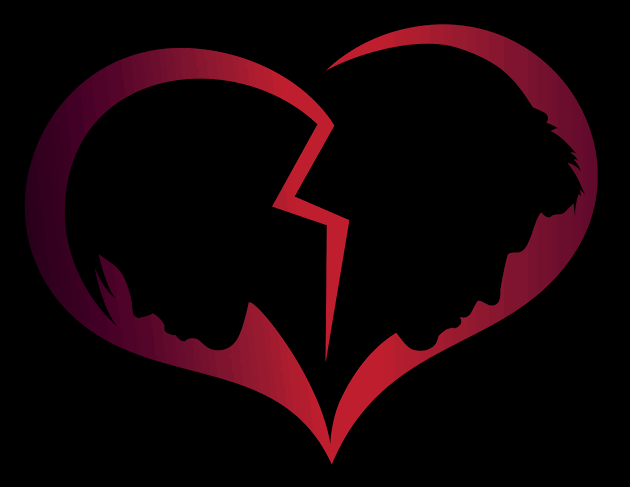 “Hmmn, so another man will marry you like this?” he teased her, basking in the euphoria of a satisfying sex session, “The most beautiful woman, sweetest of all”

She laughed, shifting under the white sheets. Their bodies were still naked, cuddling each other. “If you didn’t break my heart, it would be you and I…”

“Even when she didn’t mean anything?”

She rolled her eyes up at him.

“What!” he chuckled slightly, “You don’t believe me”

“No and I don’t want to remember..,” she traced a finger down his hairy chest, “we don’t have much time you know”

“Mmm-hmmm” he grinned, groping her butt under the sheets

He leaned down into her and kissed her waiting lips, softly, and she flung her arms around his neck. He swiftly turned her over, so that she was lying supine.

He kissed her collar bone, tracing light kisses down to her navel…

“You make me feel so good” she moaned, wiggling under him.

Shola’s red manicured fingers trembled against her red lips as her feet paced frantically across the tiled floor of their anteroom.

She hadn’t made it to the living room nor into their bedroom where she should be.

Her nude Chanel bag hung carelessly over the arm of the red leather sofa, exactly where she had flung it ten minutes ago.

Her palms perspired, resting over her mouth,

The pace of her feet increased as the anxiety in her heart heightened. Back and forth she went, a heavy lump pulsating in the middle of her throat.

Her bladder felt like it was going to burst but she would rather let it break than face Alex.

She threw a foot backward and reached her right hand down to pull her stiletto heel off her burning feet, she repeated the same action on the other leg and felt like yanking off her wig which was at this moment adding to her burden…

She would pee right on this floor if she didn’t make it to the bathroom immediately, so she sprang towards the guest toilet, clapped down the toilet seat, wiggled out of her panties and collapsed down on the toilet just in time for urine to come splattering through.

A streak of tear ran down her now smeared makeup as she waited impatiently for her bladder to be completely emptied.

She sniffed, tugged the tissue down its holder and wiped herself up. She stood to her feet, dropped the used tissue in the toilet bowl and flushed it off.

She started to walk towards the door, then, paused by the mirror on the wall to stare at her reflection. A beautiful woman she was; round-faced, long chin, small nose, long straight weave, but now with her red eyes, puffy from crying since the hospital, she looked like a beautiful mess.

Her lips curved downward, quivered and she burst into fresh tears.

She allowed herself to cry in front of the mirror for minutes, then, hastened out of the toilet to her handbag. She collected her iPhone and dialed her best friend – Adaora.

She planted her hand to her hip and began to walk back and forth as she listened to Adaora’s phone ring against her ear.

“Babe I’m finished!” she got right into it, flinging her free hand over her head.

She didn’t think she would tell anyone this but at this point, she had to tell someone, at least one person.

“Why, what happened?” her friend’s tone quickly switched to worry.

“Shola you are scaring me, what is it?”

“Ada my marriage is over…”

“Ooooo what is this na? What happened?”

“You remember Deji, Deji my…”

“Your ex” she completed.

“Talk na, you are scaring me”

“Before my wedding to Alex, I-I went to see him…”

“You slept with Deji?”

“Yes but that was 3 years ago, it was just goodbye sex, you know all these last sex with your ex before you walk down the aisle kinda thing…”

Adaora didn’t know, but she knew better than to admit that she didn’t. “But that was a long time ago,” she said instead, “why are we talking about it now?.. abi did Alex find out?”

“Babe, I think he is David’s father”

“Hei God I’m finished!” the urge to pee returned and she began to jog on her feet.

“Deji, David’s father? How did you…, please where are you, are you at home?”

“Yes but you can’t come here now, Alex will be back any moment”

“We found out at the same time, today, Ada I didn’t even know”

The sound of Alex’s horn rang into the house, to both women’s hearing.

“Is that him?” Adaora quickly inquired.

“Cal….” She started to say when Shola cut her off.

Shola dropped her phone to the sofa and resumed pacing the floor.

She could hear the gateman push the gate open and her husband drive-in.

She listened as he got out of the car and slammed it’s door shut, a slam that echoed in Shola’s mind like a clap of thunder.

She grew more anxious as she imagined him walking towards the house.

When the front door pulled open, she almost wet her pants.

Alex stepped into the anteroom and banged the door shut behind him.

He stood still by the doorway, staring at his wife with the scariest frown she thought she had ever seen.

She could see his tightened jaw, pulsating against his chin, his eyes, darkened with rage.

His chest rose and fell against his brown polo tee shirt.

“Get out” Alex commanded.

She dropped to her knees, rubbing her palms together pleadingly, shaking her head.

“Get out!” he repeated, his tone a trifle louder.

He clenched his fists as if to control his rage, “I am going to count to five, and if you are not gone by the count of five, I would throw you out myself, you don’t want me to do that” He warned, eyes reddened with fury.

“Baby I didn’t know” her hands rubbed faster together.

“Baby I swear to God I had no idea that…”

“Four, five!” He charged at her and she sprung on all fours to the back of the couch.

“I am sorry” she spoke behind the couch.

Alex twirled to reach her, she ducked, crawling out to the water dispenser.

He jumped on top of the sofa and stomped down in front of her.

Shola rose to her feet with Alex on her heels. She ran to the couch that held her bag, snatched it, and stood begging with her back to the wall.

Alex was breathing through his nostrils now, not out of breath as he was a healthy, well fit thirty-five-year-old man, but because of the anger that overwhelmed his heart.

His chest rose and fell with his fists clenched by his side, glaring at a begging Shola.

He charged at her, she dodged his hand, ran to her shoes, he chased after her.

She plucked the shoes from the floor with Alex’s hand grabbing her by the hair, the wig came off with his hand and the rest of her body ran forward.

He threw the wig to the floor and chased after her, round the sofa they dribbled.

He seized her from the back, she screamed, he lifted her by the waist with her body struggling to break free.

“Baby please” she begged, holding tightly onto her bag and shoes.

Freeing a hand, Alex turned the doorknob and threw a distraught Shola out. Quickly, he stepped backward into the house and banged the door shut.

“Doctor, how is he?” Alex’s mother asked as she hovered over David’s bed, wrestling with one arm of her wrapper.

Securing the cloth safely in place, she placed her palm over the sleeping boy’s temple and looked up at the doctor who was removing his stethoscope from his ears.

“He will be okay mama” the young doctor replied, “Is this his last drip?” the Doctor asked the nurse who was standing beside him, taking notes.

“The blood has circulated properly round his body, and he is responding well to his medication,” the Doctor explained to Alex and his mother, He should be fit to go home by evening”

“Thank you, Doctor” they chorused.

“No” Alex spoke, rising to his feet. He extended his hand to the doctor and said, “Thank you”.

The doctor shook his hand, nodding.

The nurse led the way out of the private ward with the doctor following closely behind. Alex’s mother closed the door securely after them then turned to her son in exclamation, “Ah, Shola!” with her hands crossed over her stomach.

Alex tapped his foot continuously on the floor, with his body, leaning forward on his knees.

She held out her palm and cocked her head slightly to the side, “Obi I told you not to marry that girl o, ehn? I warned you, but you were so in love you didn’t listen to anybody. But me I saw it! the way that girl is so beauty conscious, carrying herself sekpe sekpe like one butterfly, ehn?”

Alex hissed, “Mama this is not helping my situation right now…”

“Why will it help? When I was warning you, did you listen? Now, look at this fine boy” she gesticulated towards David, “How can I let him go, just like that, my only grandson, my only grandchild, chai, Shola has finished me!” She threw her hands over her head and started to cry.

“Mama stop this thing na, you will wake David”

The door pushed open, slightly nudging Alex’s mother who was still standing by it. The aged woman stepped aside and rudely looked out for who was walking in.

It was Shola, all so meekly.

“You want to push me down?!” Alex’s mother snapped as Shola stepped into the ward, “did you not see me standing by the door?”

She pushed the door close and said, “Mama good morning, I’m sorry I did not see you”

“Why will you see?” she queried, “Am I a man? If it was man now, your eyes go shine enter road” she hissed lengthily and turned to her son. “Give me my bag, I am going”

Alex stretched his hand to the bedside table and picked up his mother’s bag.

“Are you leaving?” Shola asked him softly, ignoring her mother in law’s eyes as they shot her daggers up and down, “Please let me talk to you”

“Mama abeg let’s get out of here!”

The aged woman nodded strongly and turned around towards the door, she opened it.

As Alex made to leave, Shola gently took hold of his hand and he instantly yanked free.

Whirling around, he pointed a warning finger to her face and gritted his teeth, “Don’t you ever, touch me again!”

A tear dropped down Shola’s eye, and Alex stomped out of the ward.

Shola stood still, her back to her son’s bed, shedding warm tears.