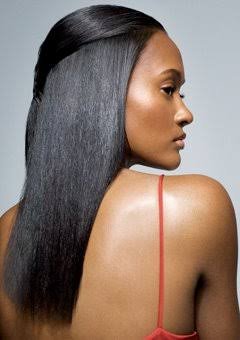 “You’re up?” Clayton’s DM read on my Instagram profile.

But I was only just waking up. His message was sent minutes past 1.am, while I was fast asleep.

I smiled, glad he texted because I had made up my mind not to pursue our friendship any longer. Not for anything, he did wrong, but because I liked him too much…way too much.

I rolled over to my side,

contemplated for five seconds whether to ignore or reply and decided on replying… I could not resist anything he wrote.

He was married, happily married while I was in the middle of a custody battle and an ugly divorce.

Before Clayton, I was a depressed woman, confused with constant thoughts of taking my life. I was a mess, I couldn’t talk to anyone because I didn’t feel like there was anyone to talk to, I kept my pain to myself, yet silently craving for someone who would understand.

My mum had to move in with me to help care for my boys because I was too broken to do so. She would make breakfast for them, bath and dress them for school, walk them to the school bus and wait on the sidewalk for their return.

She went grocery shopping for us too, even drove down to the local markets to get us what we needed. My mother was a 50-year-old black woman with the energy of a 30-year-old. I was grateful for her help, but that didn’t stop my heart from breaking every day.

To crown it all, I was broke, my soon to be ex-husband Jamie had insisted that I stayed home and looked after our two boys, so now that he left me for his student at the university where he taught, I had to figure out how to pay for our house and the other things we needed, so far we had been living on my mother’s savings and I couldn’t let that continue to be the case

I started to look for remote jobs, I looked online and in the local newspapers.

I was in no state of mind of working, but I had bills to pay so I had to make it happen, somehow.

I found a job as an online English Instructor, I was paid $22 an hour to teach English to students in China. It was excruciating having to work at all when all I wanted to do was stay in bed and cry, but, I trudged forward, the bills weren’t going to pay themselves. Thankfully, my Lawyer was my mother’s distant relative so he was representing me pro bono.

I worked 8 hours every day and when I wasn’t working, I was playing online chess with opponents across the globe, while watching TV with mum and the boys.

And then, Clayton happened.

I came online one day to a game invitation from an unknown user called Clayton, I accepted it. We started a game and during the game, I said hello, mainly for the heck of it.

He replied, and then we began to converse.

We exchanged a few messages, mostly concerning the game and I liked his choice of words.

We had a formal introduction and I started to talk to him randomly, I would say I initiated that friendship, mainly because I was depressed and in desperate need of someone to talk to, someone to talk to. I knew that if I didn’t have that anytime soon, I would go down a dangerous path, and I didn’t want something terrible to happen to me, I was only 29 with two boys and a loving mother to live for.

Clayton was responsive. I did put in more of the efforts from the beginning, sometimes even harassed him for not replying a message on time, but he forgave me, he was very patient and soon began to match my efforts.

He told me he was married with three daughters. He lived in San Francisco with his family, where he owned his Law firm and ran his businesses.

He could tell that I was hurting, I didn’t make that much of a secret anyway, but I was reluctant to tell him the whole story, only because it was too painful to share, so we talked about other things.

I liked him, he was older, he was honest, he was brilliant. His choice of words was great and his sense of reasoning made me open up completely about my situation. He gave me some words of advice, I didn’t feel like he “really” appreciated my predicament or all of the tiny in-betweens I left on that voice note, but he said what I’m sure felt right to him.

By this time, we had exchanged numbers and we were texting outside the game. He won so many times on that game, I won once, once out of over 10 games, I gave up the rematch eventually and stuck to texting.

We talked a lot. He found me interesting, and I found him interesting too.

No matter the kind of day I had, or what happened in court or any ugly confrontation I had with Jamie, I was sure to send him a text and get an immediate reply, and that helped balance my state of mind.

Many times we talked deep into the night

It was effortless, it was intriguing, it was educating.

I learned a lot from him and enjoyed his company.

It was pure, what we had, and I liked it just the way it was. We weren’t sexting, we weren’t doing anything that we were not supposed to do, we were just good friends….he was my happy place.

I wish I can say that things remained that moral.

Clayton wasn’t the kind of man to smash every opportunity he got, he didn’t seem like it, and I wasn’t the kind of woman to be intimate with another woman’s husband, but one evening, during one of our usual conversations, he told me about a memorable night he had in the past which led to me telling him about the best sex of my life which, unfortunately, happened before Jamie.

That revelation took our conversations to an interesting new turn.

You see, Clayton was a beautiful man, he had a great body, a handsome face, and a good soul, but I didn’t imagine myself in his bed, I willed myself not to, I didn’t want what we had to result to that, for a lot of reasons, number 1, he was married, number 2, We didn’t love each other, number 3, I was not ready to stand naked before another man, I was already insecure about my body even with Jamie as it was, and number 4, again, he didn’t love me.

It would be wrong, so wrong and he didn’t seem like he wanted that either, but after that night of revelations, I fell in lust with him, it happened all at once, I started to imagine what it would feel like to have his lips pressed against my skin…

18 thoughts on “ONE TIME IN NOVEMBER.”