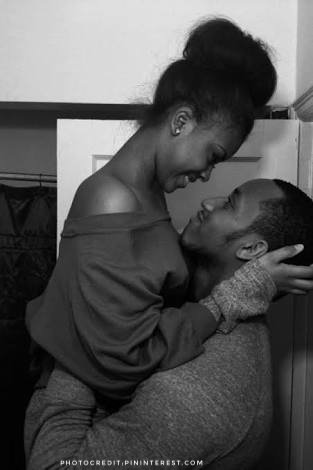 I couldn’t focus. Work was a blur, and I was simply going through its motions.

I had found out a week before, but I couldn’t bring myself to tell Stanley; what if he thought I planned it all?

I knew I had been hinting about Marriage but not that way! I didn’t want it to happen that way.

Damn that pill! fucking pill!! I swore under my breath.

It had never failed before, why did it have to fail then?

I dropped my head to my desk, shaking my leg nervously under the desk while worrying about my situation.

A tap on my shoulder quickly lifted my head. It was my colleague and friend, Oge.

She dragged an empty chair to my desk and sat down. She glanced around, satisfied that no one was close enough to eavesdrop, she spoke calmly, “You haven’t told him, have you?”

I relaxed back into my chair, shaking my head.

“Babe, this guy na your friend o, no be Stanley again? Why you dey do as if na one person wey you no know? You don date this guy for three years o, ha! how far the belle don go?”

“Babe no shout na!!. What are you doing?” I asked as she snatched my phone from the desk.

“Babe no na!” I objected, reaching out to take the phone from her. Her grip was firm. I tried to wrestle it out of her hand but She fought me off.

Stanley was saying hello at the other end, god! I loved how rusty his voice always sounded.

“Baby hii” I dragged, giving Oge the bad eye. She responded with an encouraging nod, not minding my scornful glare.

I collected the phone completely from her hand, “I’m fine baby. How are you, what are you doing?” I paused to listen to his response. Then I replied, “Okay. ehm baby, can I come over later? let’s say 6pm-ish?. Okay. Alright. It’s fine then, bye baby. Yeah, I love you too, bye.”

“You better tell am o!” Oge warned, getting up from the chair. “Text me after, let me know okay?”

She squeezed my shoulder lightly, “It will be alright.”

She smiled at me and walked out into the hall.

The nerves returned, even more, intense now because I was actually going to tell him.

I got to Stanley’s place later that day at about 5:30 pm, I let myself in with the key he had given me a year before. He wasn’t home yet. I texted him that I was there, dropped my bag on the couch, and made my way to the kitchen. It wasn’t long after I started to boil the spaghetti that he walked in.

“Baibyy,” he stressed as he walked into the kitchen. He came up behind me, wrapped his arms around me, and kissed my neck

“Better now,” he moaned into my hair and we chuckled.

He loosened his grip, jumped on the kitchen counter, and began to pick at the carrots I was slicing. “Baby!” I queried, “You didn’t wash your hands.”

“Oh my bad!” he threw one more slice into his mouth before dusting off his hands.

“So what’s up? What is it you wanted to talk about?”

“Why don’t we eat first? we’ll talk about it when we’re done,” I said dryly, the nerves creeping up on me again.

“Okay”. He jumped down from the counter and gave me a quick kiss, “let me go shower while you work your magic.” he teased, referring to the meal I was preparing.

“You’re sure you don’t want to join me?” he winked.

He laughed too, spanked my butt cheek, and said, “thanks for doing this baby” Then, he made his way out of the door.

***
He finished his plate of spaghetti but I had barely touched mine. “Baby?!” he said worriedly. “Come on, let’s go talk”

He led me to the sofa to sit, but I insisted on standing. He obliged and stood with me.

“I’m pregnant Stanley!” I blurted out. I couldn’t keep it in for another second.

“What?” he asked quietly.

“I’m pregnant,” I repeated. I felt like peeing. So nervous!

“What??!!” he exclaimed, jumping for joy “Oh my God, this is amazing!” He pulled me into his arms, hugging me tightly and laughing at the same time.

The feeling of relief swept all over me.
He pulled away and took my hands in his.

“Marry me,” he said. His eyes twinkling with joy.

“What?” I asked, feeling pleasantly surprised.

“Marry me Onyi!” he repeated excitedly

“I have never been more sure of anything in my life. Marry me!”

“Stanley? Are you asking me to marry you because you love me or are you asking because I’m having your baby?” I needed to know.

His forehead knotted in a frown, “Wait, what? noo!” he disapproved, “You know what? don’t go anywhere” He dropped my hands and hastily made his way to his bedroom.

Within minutes, he resurfaced with a little box in his hands. I stood looking at him with a puzzled smile.

He knelt on one knee “baby?__.” my heart melted

“I was going to do this next month, but I think this is a perfect time. I love you, I don’t want to marry you because of the baby, even if you couldn’t have babies, I would still want to marry you. You complete me Onyi, make me the luckiest man on Earth, marry me.”

I was crying and laughing at the same time “Yes!, yes I’ll marry you!”

He slid the ring onto my finger, rose to his feet, and scooped me off the floor. With hands holding my waist, and my hands placed on his face, we kissed passionately.

We made love on the floor of the living room and laid entangled in each other’s arms.
I had never been happier…

I needed to call Oge!

One thought on “I'M PREGNANT!”