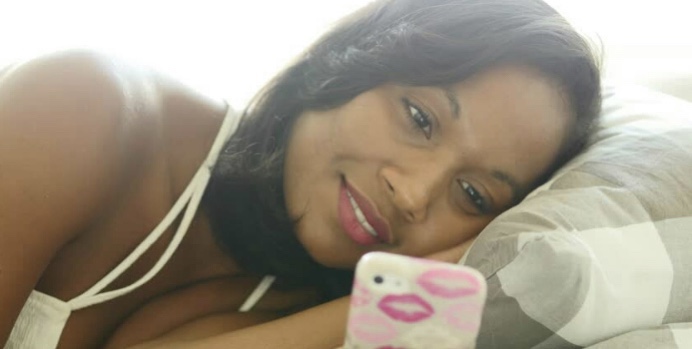 He had taken it too far this time around.
She had endured his emotional neglect, his constant yelling, his egocentric nature…he didn’t even compliment her anymore.

They argued constantly but she didn’t think he would have an affair.

“Seven years of marriage, three lovely kids and Dele chooses to share our bed with another woman,” she muttered to herself as she stared at a copy of the chats she had found on his phone and emailed to herself.

He had carelessly left his phone on the dresser while he had his bath that morning and in it, lay her nightmare.
“Six years,” she murmured again, and let the tears that stung her eyes flow freely.

That was a week ago.

Now lying in her bed,  she contemplated whether she should contact Jide.

Jide was the love of her life before she ever met Dele. He had understood her, believed in her, even in her darkest moments, and loved her selflessly.

Oh, and the way he touched her! she remembered dreamily.
But she had fallen out of love with him and married Dele instead; her gorgeous articulate husband.

Her hands hesitated. She wasn’t sure if this was a good idea. But she wanted to feel wanted again, to be reassured of everything she seemed to be forgetting about herself lately. She needed to feel good, happy…she couldn’t even remember what that felt like anymore.

“Phew!!” she exhaled, running a weary hand through her dark hair.

She bit her lower lip and slid further into the bed. She glanced at Dele who was sleeping next to her, he looked so peaceful. “Probably dreaming of that whore,”  She thought with a deep frown.

She turned to her side, and pulled the duvet over her head.

She mentally pulled herself together and typed… “Hey Jide, it’s Funke… Hello?”

Her fingers clasped the phone, watching her screen as the message was sent and she got a delivery report.

Her screen light timed out.

Had she done the right thing? She wondered.

What if he doesn’t reply?

Her heart grew worried and she bit her lip, nervously.

Deciding to cut her losses, she placed her phone next to her pillow and made to snuggle back under the sheets.

She hurriedly scooped it in her hands.

He wrote:
“I know. Hello beautiful…”

A wide grin spread across her lips. She shot a glance over her shoulders at Dele: he was still snoozing.

Satisfied, she returned her gaze to her phone, and with a nervous smile, began to type Jide a reply…

7 thoughts on “Happily "never" After”